Travis Bach
CREATIVE DIRECTOR
Travis Bach is a long-time gamer who loves to roll his own table-top RPGs. He’s worked on many books with his wife, Rachel Aaron, ranging from epic fantasy to military Sci-Fi, and way over to video game fiction. His book, Forever Fantasy Online is available on Amazon..

Tyler Gibbons
LEAD 3D ARTIST
Tyler is an award-winning artist who fell in love with video games when he was little. Even so, Tyler is not a very talented video game player, usually selected as cannon fodder for other players. 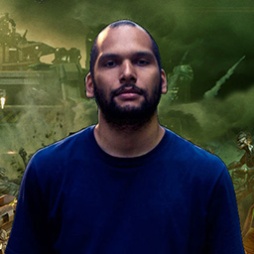 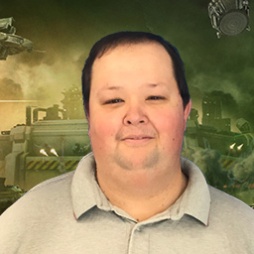 Brooks Rivers
LEVEL DESIGN
Brooks loves 80’s Sci-fi movies and games. When he’s not up to his visor in GearStorm play testing, he likes to visit the local BlockBuster to rent out the latest laser disks. 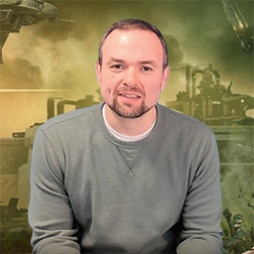 Brian Rivers
OWNER/DEVELOPER
I, like many, love games. I love making them, playing them, talking about them. GearStorm is a game for people who love to create but also love the challenge of complex and intricate FPS gameplay.

Alex Kulev
DEVELOPER
Hardcore gamer, love to find and exploit vulnerabilities in games I play, so don’t expect much in Gearstorm.

Shawn Ellis
OWNER/DEVELOPER
Shawn grew up gaming and writing software for defense, space, and scientific industries.  Shawn has patented technology and run companies for years but GearStorm will be his crowning achievement.